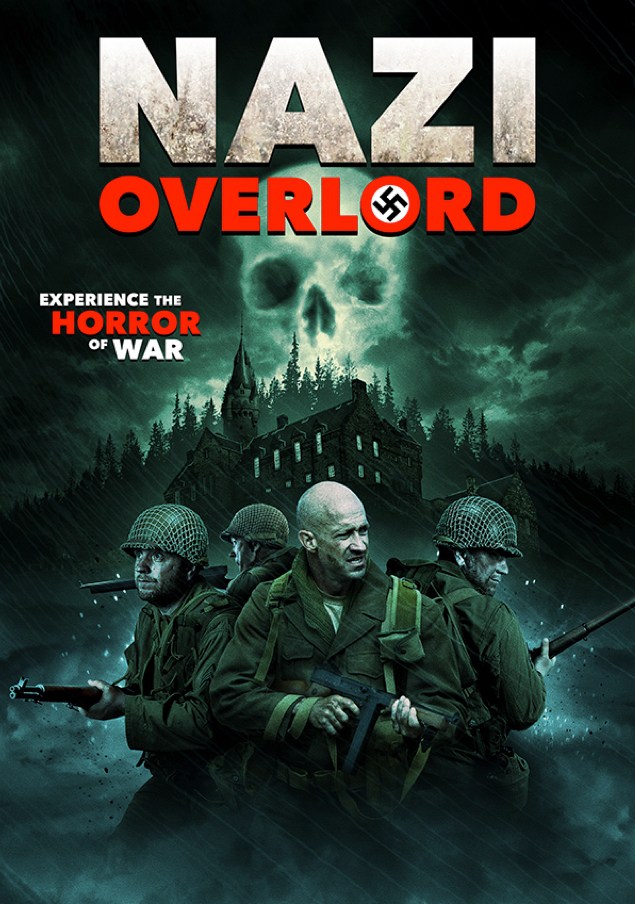 ‘Experience the horror of war’

The movie is obviously a mockbuster take on J.J. Abrams’ Overlord.

“The ideas in Nazi Overlord are interesting, if not too many and too over the top for the average viewer. If the viewer approaches this film without expectations it will be a pleasurable experience.” Cryptic Rock

“When the movie does finally get to the main plot as advertised… in the final 20-odd minutes, that is… there are moments of fantastic gore, however, sadly the movie mostly consists of the characters tied to chairs watching little mutant mosquitoes attack people behind a pane of glass and the two lead scientists arguing back and forth. That’s pretty much it.” The B-Movie Shelf

“Surprisingly enough it is half the film before we get to any genre material. When it arrives, this proves to be a letdown. Nazis creating a swarm of plague-bearing insects is not that interesting a menace and this half of the film sinks slowly like a punctured balloon.” Moria

Director Rob Pallatina previously edited Nazis at the Center of the Earth in 2012.