A couple’s son and daughter inexplicably reappear after being lost overnight on a desolate, cave-riddled mountainside. Becoming withdrawn and beginning to exhibit strange behaviour, their parents quickly assume something sinister happened to them while missing and alone.

However, after hearing an ominous local legend… the concerned mother and father begin to realise that their children may have fallen prey to something inhuman – and that this dark, unstoppable evil has now returned home with them…

Argentinian director Adrian Garcia Bogliano’s latest film certainly puts it exploitation movie cards on the table from the opening scene, as the film kicks off with a couple of young women engaged in frottage before one of them is beaten and mutilated by a psycho killer who then flees to the hills.

The film proper starts with married couple Felix (Francisco Barreiro) and Sol (Laura Caro) taking their adolescent son and daughter Adolfo (Alan Martinez) and Sara (Michele Garcia) for a picnic in the hills. As they leave the kids to explore the rocks, the couple sits in their car getting worked up with stories about their childhood sexual activities (how subversive…).

But come nightfall, the kids haven’t returned. The couple starts to fear the worse when suddenly, the children appear, seemingly none the worse for wear. But over the next few days, the kids start to act strangely and a medical examination of the girl suggests the possibility of a sexual encounter. Convinced that the kids were grabbed by local weirdo, Lucio (David Arturo Cabezud), the parents track him down and torture him to death.

The strange events continue – weird happenings in the house, including strange banging and the kids seemingly levitating suggest something demonic is happening. Felix remains in denial, determined that things are back to normal and desperate to hide their murderous crime from a suspicious police officer. For Sol though, the guilt of their actions against a possibly innocent man and an awareness that all is not right with the kids leads her to break down and eventually return to the scene of the crime – a place locals suggest has mysterious, supernatural forces at work within the caves.

Here Comes the Devil has a lot of interesting elements going for it. The mash-up of vengeance thriller, possession movie, marital breakdown and sexploitation is slightly unusual even if it ultimately doesn’t work; and as unlikely as it sounds for such a lurid film, the movie that invariably comes to mind as you watch is Picnic at Hanging Rock – another story where children mysteriously vanish on a desolate mountain. The connection seems deliberate, though it’s an odd film to reference in the midst of retro exploitation horror.

Some of the visuals are impressive, the moments of horror often more subtle than you’d expect (though the murder of Lucio is spectacularly graphic) and the sound editing is remarkable – a weird collage of music that cuts out suddenly and strange sounds certainly helps build atmosphere.

But the problem is that none of this really comes together to form a compelling story. The disparate elements never gel and much of the film is ploddingly slow. The kids had no discernible personalities before they vanished, so it’s hard to really see their behaviour on their return as anything more than stroppy teenage sulking, while the supernatural elements are never explored properly – they feel like they’ve been shoved in just for the sake of it. And our main characters are equally one dimensional and impossible to relate to. Felix, in particular, comes across as so annoying that you really want something awful to happen to him, while Sol is just dull. There’s little tension in following her investigation because you really don’t care what happens.

Here Comes the Devil tries hard to shock, however, hardened horror fans have seen this all before. It’s not entirely disinteresting, though you’ll struggle to really get involved in the drama of the story. If the film was as smart and subversive as it wants to be, it might be something special, but as it is, there’s nothing particularly memorable or edgy here.

“Tale of a middle-class couple whose two children start acting very strangely after a family trip promises much in an ominously atmospheric package that nods to 1970s genre stylings. But the payoff is on the meh side; this is one of those all-buildup stories in which it feels like the really interesting things will happen after the final fade.” Variety

“Here Comes the Devil gets caught up in a little too much satanic hanky-panky to make a truly terrifying watch, and with a supernatural aspect that doesn’t exactly impress, Bogliano’s product is more “Mild” than “Fire.” […] While a sex-obsessed Devil may sound hellacious, turning the Dark Lord into a low-level pervert is entirely as lame as you’re imagining.” We Got This Covered 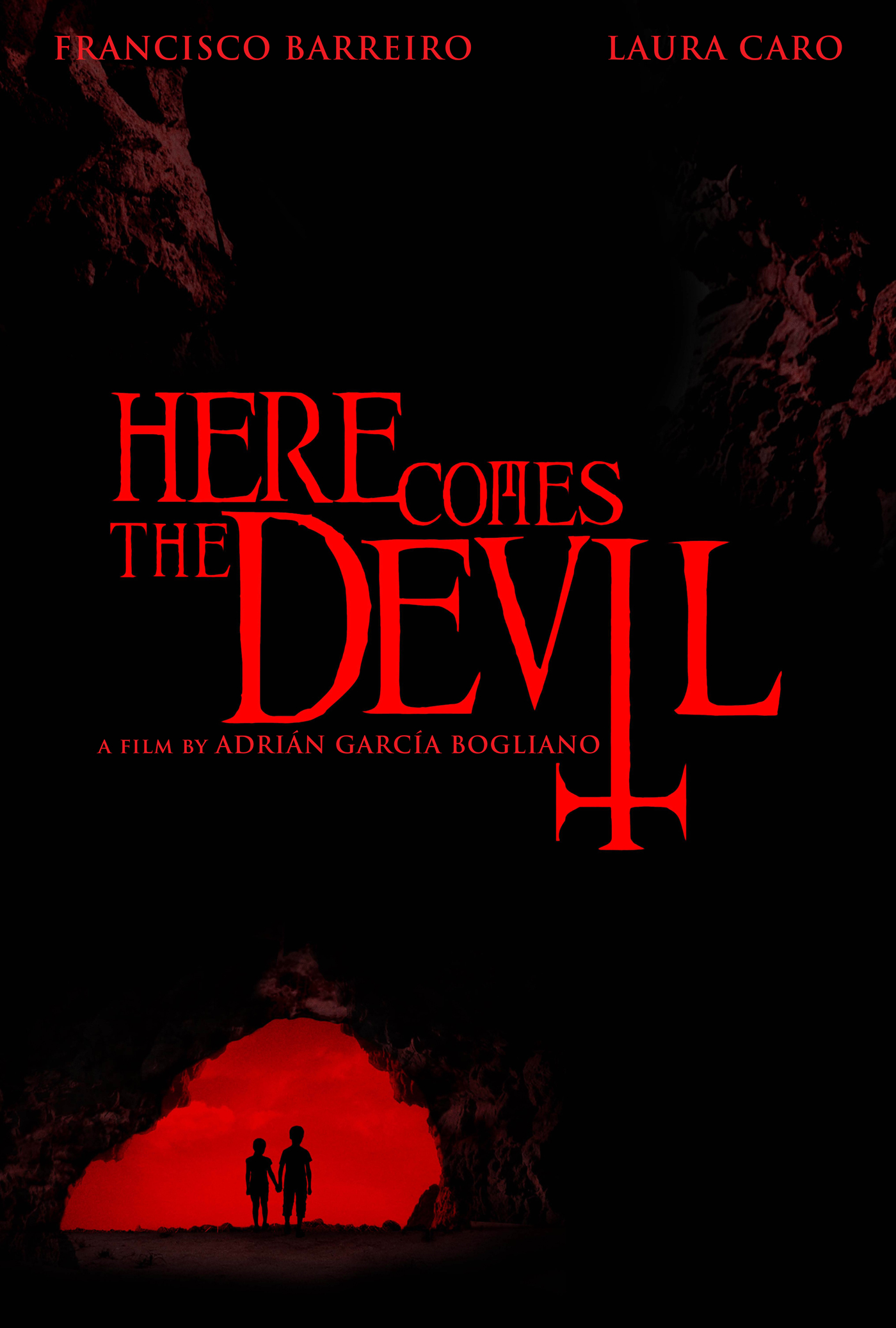