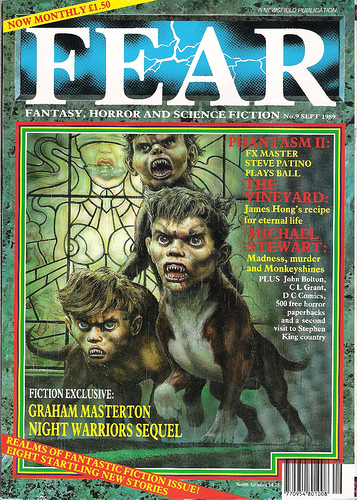 Fear was a British full-colour magazine published by Newsfield between 1988 and 1991. It was edited by John Gilbert and as well as covering just horror films, it also provided a showcase for both established authors and first-timers with a section dedicated to short fiction. 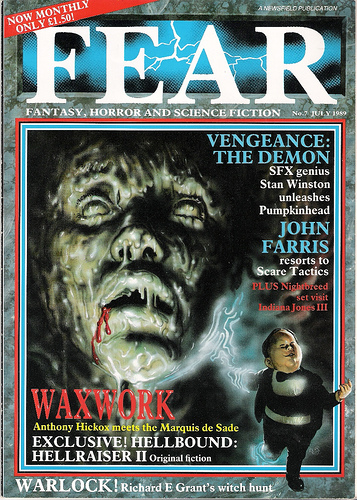 Gilbert was formally deputy editor of the home computer magazine Sinclair User but as the console market was starting to leave behind the age of rubber keys and unreliable cassettes, he was keen to find a new niche in the magazine marketplace in which to set-up shop. Horror was to provide this and the first issue was a mix of both horror film and book reviews, news of forthcoming genre activity and a section towards the middle of horror, science fiction and fantasy fiction from a variety of writers. 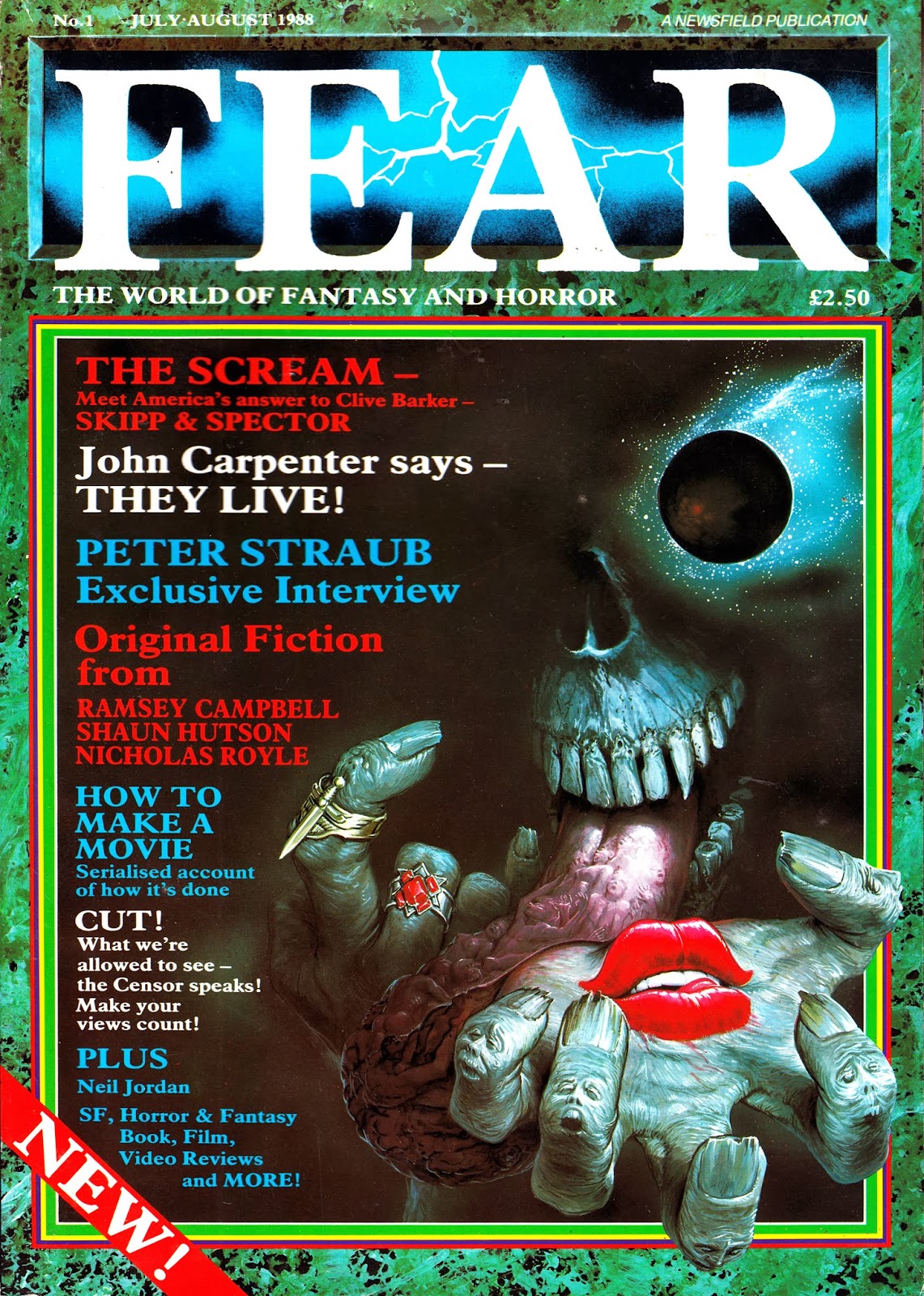 Whilst this was a period when many of the more unusual, European or unreleased/banned films were receiving attention from a myriad of self-published fanzines, Fear provided information for eager horror fans to find out more about their passion on a monthly basis in many newsagents and shops on the high street. Sales were unremarkable but strong enough to ensure the magazine survived for the period Newsfield was operating. The equal coverage the magazine gave to authors was well-received by both readers and writers and the first works by the likes of Peter F. Hamilton sat alongside established masters of the art such as Ramsey Campbell, Brian Lumley, James Herbert and Clive Barker (who, towards the end of the magazine’s life appeared with head-spinning regularity throughout). 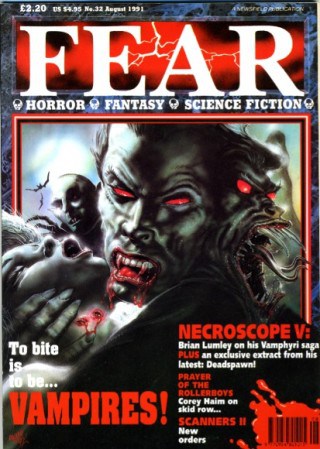 So successful was the literary section that a spin-off magazine appeared, Frighteners, which solely served this purpose. Sadly, its success was short-lived; the first issue featured a story by Graham Masterton entitled, ‘Eric the Pie’ which saw a young chap discovering his fondness for eating live animals descending into more cannibalistic behaviour, all of which was a bit too much for newsagent chain WH Smith who pulled it from their shelves.

Given that one issue of Fear had covered the cannibal genre, specifically cannibals in films, in some depth, you can understand the disappointment of both fans, author and publisher. The sticking point was the lack of any warning that the magazine was intended for an adult audience – such was the power of WH Smith at the time that this was financially ruinous for Newsfield who had little option to accept the first issue was a huge loss. 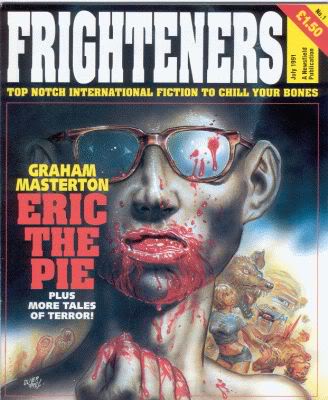 The covers to the magazine featured the stunning artwork of Oliver Frey, whose painted designs were often worthy of purchasing the magazine in themselves. Only a couple of issues featured images from films in lieu of his work. Oliver and his brother, Franco, as well as mutual friend Roger Kean, were actually the founders of Newsfield and had developed it to provide a platform for their ZX Spectrum magazine, Crash and later, Sinclair User. Crash also used Frey’s distinctive artwork on the cover. The ‘Eric the Pie’ fiasco naturally affected both magazines due to the financial impact of the magazines withdrawal, indeed the liquidators for Newsfield also pointed out that the other major national magazine retailer, John Menzies, had too refused to stock the magazine, after a customer complained about the content. In the face of adversity, a spirited defence was launched, with issue 33 of Fear (August, 1991) published an article supporting both the story and the decision to publish it, whilst a second issue of Frighteners also appeared, though now with the missing warning in place. Readers were invited to purchase the banned issue direct from the supplier for the cover price alone in an attempt to repair the damage but sadly, the end was nigh and only issues 2 and 3 of Frighteners appeared with issue 33 being the final issue of Fear. 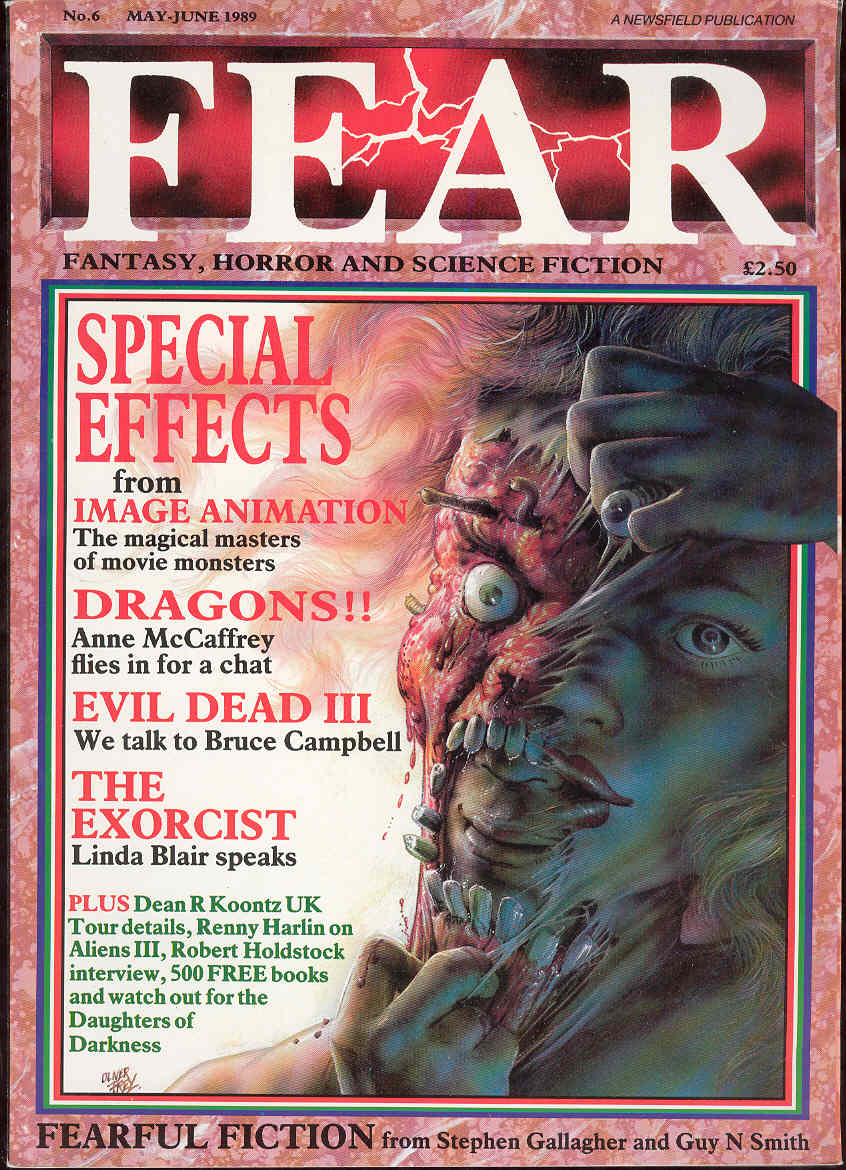 Fear‘s piece on the incident reveals Frighteners as being “withdrawn from sale after legal advice” and Fear editor, Gilbert, spoke to author Graham Masterton who describes ‘Eric the Pie’ as: “a satire to show the grisly realities of the human diet”, whilst going on to clarify that the tale, “is no more disturbing than the meat counter at Sainsbury’s”. Describing the story’s strongest scene featuring a still (not for long) breathing calf, Masterton says, “There is nothing in the scene that tends to deprave or corrupt, but it should rightly evoke outrage. ‘Eric the Pie’ is a serious story with a serious purpose. I hope very much that it will be taken as such.” He has since admitted it may have been a bit strong for many audiences. 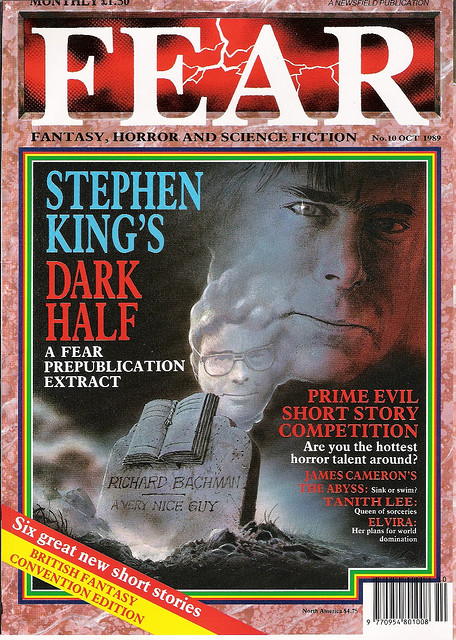 As well as many of the authors who appeared within the pages, others, such as regular reviewer, Mark Kermode, went on to achieve great success after the magazine’s closure. Fortunately, Gilbert has remained determined to resurrect the hugely missed magazine and a relaunch is planned at some point in 2015… 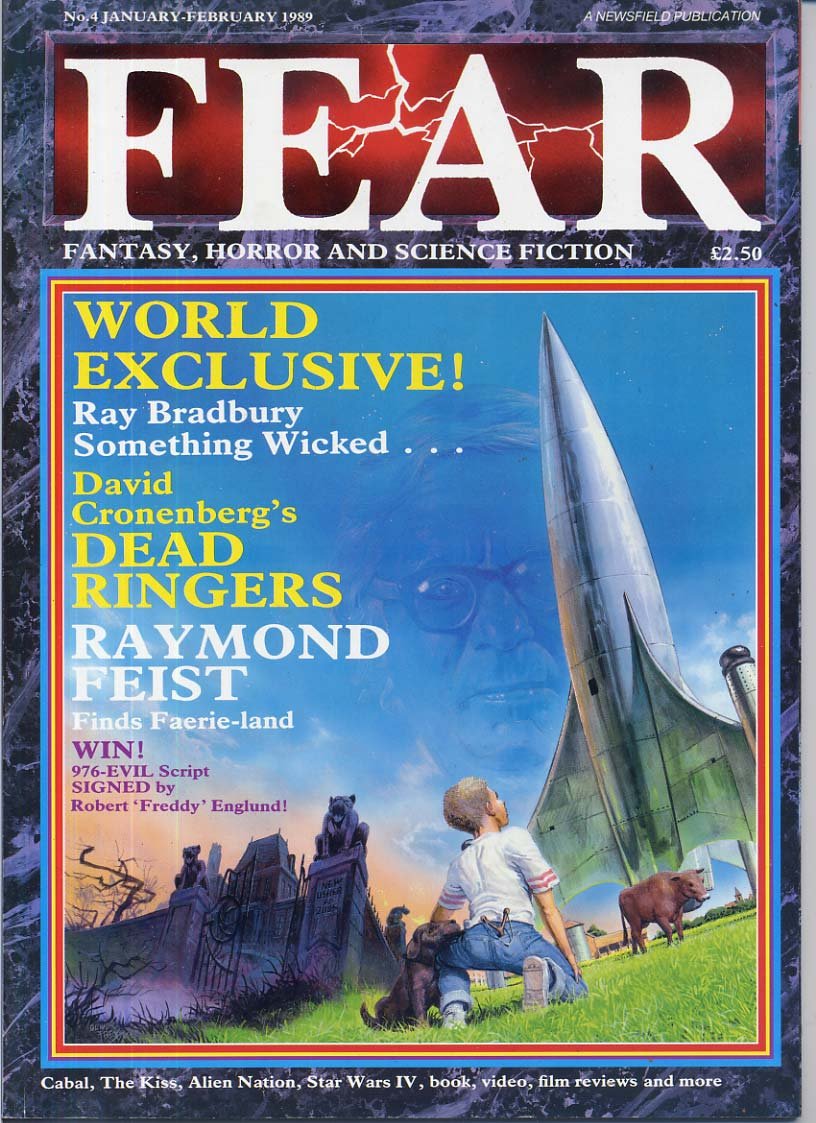 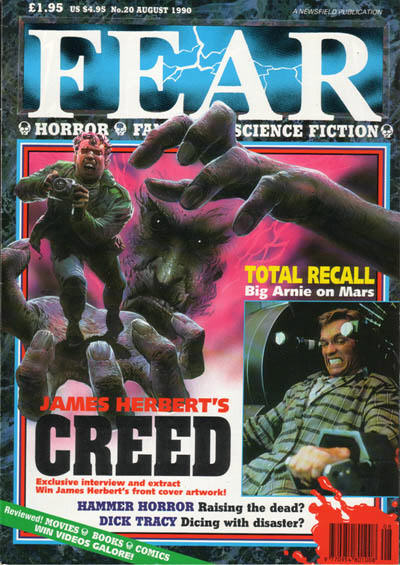 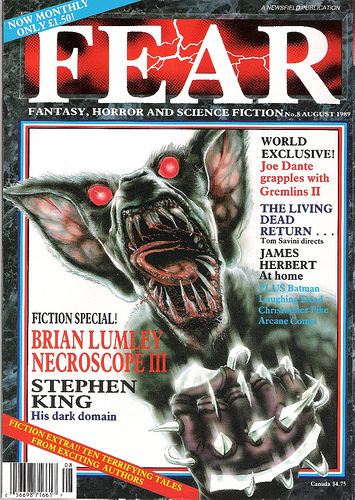 Submit a comment or your own mini-review Cancel reply