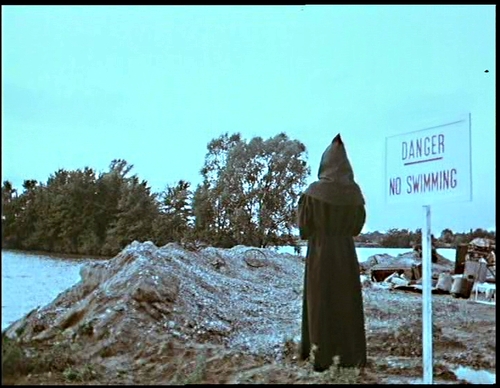 Public information films were a series of British government commissioned short films, shown during television advertising breaks. The US equivalent is the public service announcement (PSAs).

The films were intended to advise the general public on what to do in a multitude of situations ranging from crossing the road to surviving a nuclear attack and often show the risks of breaching health and safety regulations by graphically depicting the potentially tragic outcomes of doing so.

Public information films reached their dizzying heights in the 1970s when film-makers pulled out all the stops to scare the British public into heeding their dire warnings. 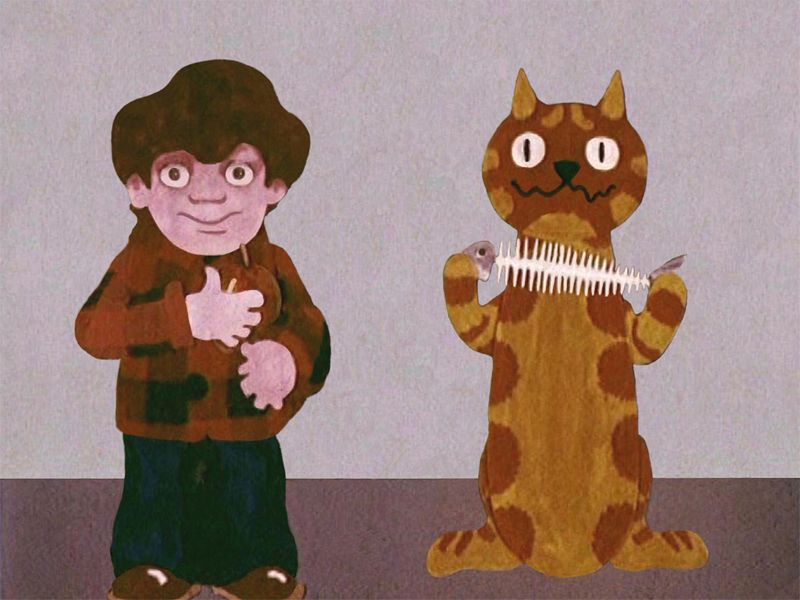 Though they first appeared during the Second World War to impart life-saving information and generally gee up the population, by the 1970’s they had homed in on very specific subjects the Government wanted to educate people on the risks of, from rabies to swimming in public places to playing near electricity pylons. Though they only lasted 1-2 minutes, they were startling brutal in their presentation, designed to shock the public into using common sense rather than perpetuate bad habits or ape other’s actions. Below are some of the most notorious, imprinted in the minds of many who lived through the ’70s and ’80s.

Young catastrophe magnet, Tony appeared on television throughout the 1970s and early ’80s in (badly) animated form with the voice of reason, a ginger cat called Charley. Helping him through various scrapes, Charley would dive in at the 11th hour to save Tony from whatever predicament he had found himself in, whether he was about to strike a match, for a lark, or go off with a stranger to look at some puppies. Occasionally, the outcome was less agreeable for Charley, who, for example, found himself wearing a teapot after warning against the dangers of burns and scolds from hot water.

The cartoons were animated by Richard Taylor Cartoons who also produced to 70’s kid’s favourite Crystal Tipps and Alistair. Charley spoke in unintelligible meows and squawks which only Tony understood – Charley’s voice was that of DJ and TV comedian, Kenny Everett (Bloodbath at the House of Death). The six broadcast films were: 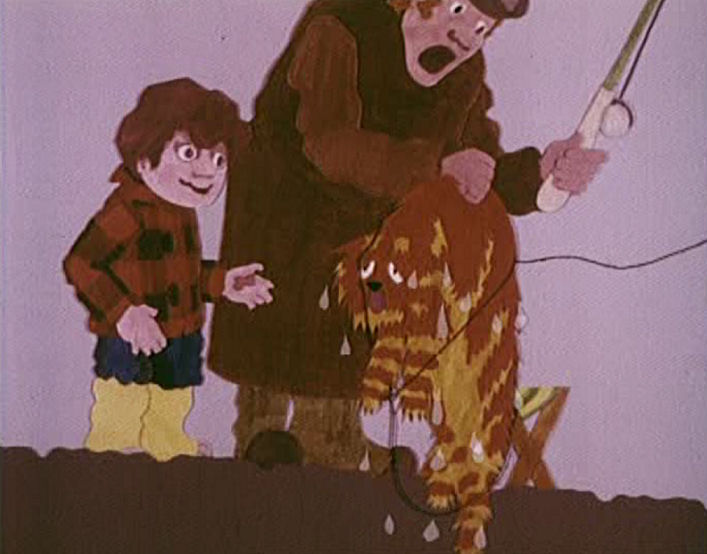 So keenly felt was the Cold War period in Britain during the 1970s, that public information films were created to essentially not tell the public what might happen but more what they should do after it does happen. These films were especially bleak and instructed the audience as to how to shield themselves from the initial blast as well as more humdrum activities such as how to safely dispose of dead relatives.

Ironically, they were also animated by Richard Taylor Cartoons who must have enjoyed a sparkling office atmosphere. They were designed to be broadcast only after a nuclear attack had happened or was imminent, though they found their way onto television through documentaries and discussion programmes. They were narrated by noted voice actor, Patrick Allen, who can also been seen in many films, from Captain Clegg, Dial M For Murder to When Dinosaurs Ruled the Earth.

Some of the films appeared during the British TV classic, Threads, which imagined what would happen if a bomb were to fall on Sheffield. The films ended with perhaps the most terrifying sound ever created and should have come with a warning in its own right. 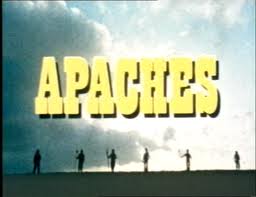 Notorious for being one of the most graphic and disturbing of all the public information films, Apaches was made in 1977 and lasted a full 27 minutes in its complete form. Proving that no subject was too obtuse, Apaches warned of the dangers of children playing on farms and portrayed the various hazards through the eyes of a group of young children, innocently playing cowboys and Indians on farmland.

One-by-one, each child comes a-cropper, to tractor-trailers, farm equipment and noxious chemicals. The most unlikely is, perhaps, drowning in a slurry pit, though it’s pleasingly enacted. 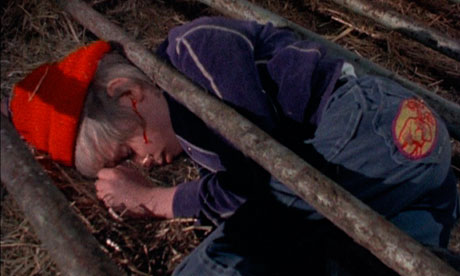 After each child meets heir doom (scream followed by a pool of blood/broken toy) we see the aftermath, subtly shown by an empty coat hook or desk being cleared at their school. The young girl foolishly drinking chemicals (“You’re meant to mime!” – “I forgot”) is harrowing stuff, the blood-curdling screams as the poison kicks in a lesson to horror film-makers as to how to really chill an audience.

As the penultimate child, Danny, meets his end after driving a tractor off a ravine, he narrates his own funeral, disappointed to be missing out on the ‘nice party’.

The film ends with a list of children killed on farms that year. Director, John Mackenzie, also directed the excellent David Hemmings film Unman, Wittering and Zigo and went on to helm the gangland crime classic, The Long Good Friday.

Lonely Water is perhaps the best known and almost forgets itself in the hurry to warn children against playing in public waterways and turns into one of the classics of 1970’s British horror. Lonely Water was produced by Illustra Films and directed by Jeff Grant, having been commissioned by the COI as a result of official concern over the high number of child fatalities in drowning accidents in the UK. Lonely Water was filmed over two days a few miles north of London. Over a dream-like, mist filled 90 seconds on watery wasteland, a grim reaper voiced by the horror legend Donald Pleasence, warns children of the dangers of the murky depths. The Bergman-esque cowled Death ominously stalks the children (“I am the Spirit of Dark and Lonely Water, ready to trap the unwary, the show-off, the fool, and this is the kind of place you’d expect to find me”). Like many of the PIF’s of this period, the silence is often deafening and lends true reality to the rather Grimm’s fairytale set-up. Donald is rumbled, Dracula-like by clever youngsters (“Sensible children! I have no power over them!”) though the threat is a real one and morphs into a sinister promise ((“I’ll be back-back-back…!”) 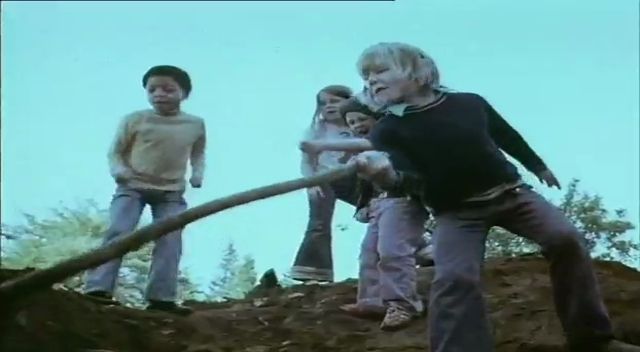 Initial difficulties with the filming included getting the smoke to drift in the right direction, constructing a wooden platform for the spirit to stand on, and the noise of aircraft flying overhead due to the shooting location being close to Heathrow Airport. Planes can be heard in the tracking shot of the rusted cars and cookers, which were brought in specially for the filming.

Was life really so fraught with danger? Did people really hang so much shopping on the front of prams that they overbalanced, catapulting the infant within face-first into a mass of broken glass? Were frisbees flying onto electricity pylons on a daily basis? Presumably so, there were at least two adverts warning against the perils of both walking and standing still… 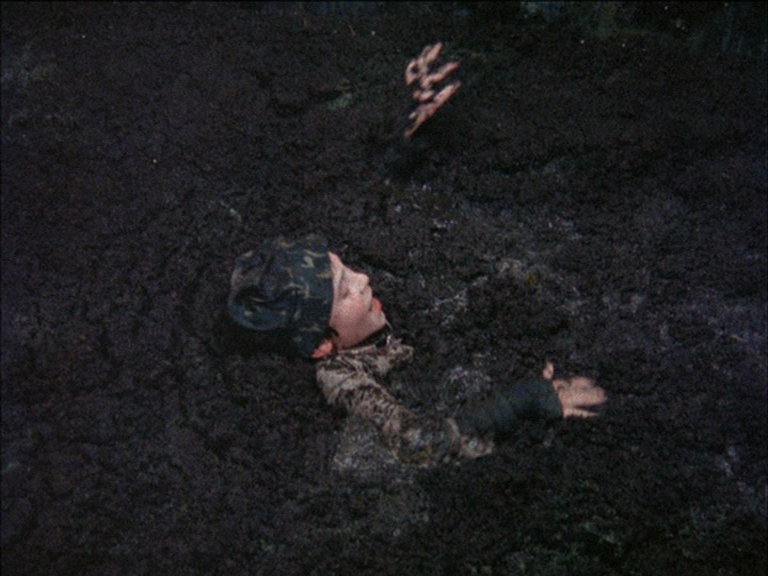 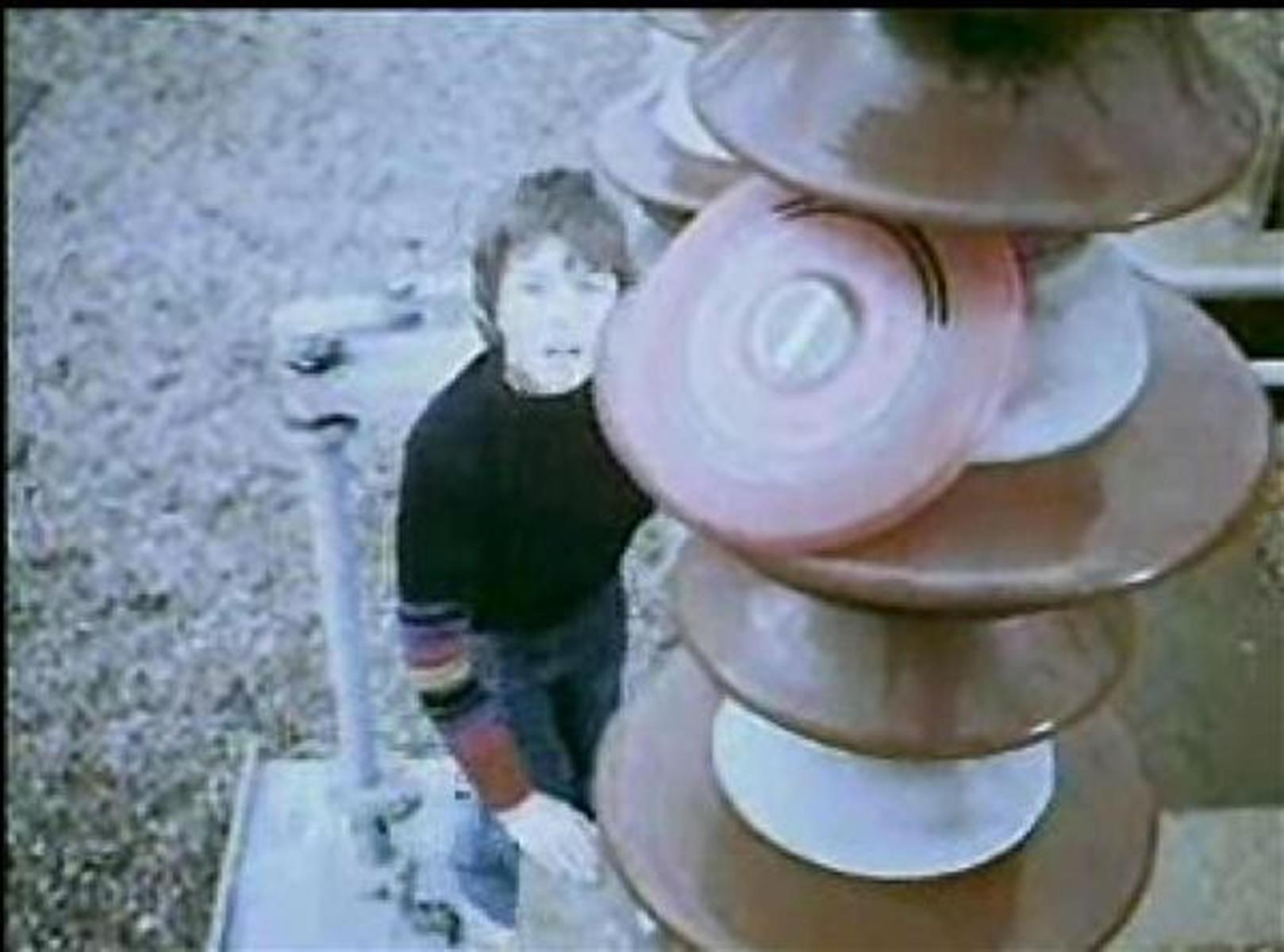