‘Sacrifices must be made’

A group of former college classmates get lost driving to a college reunion camp out in the Sierra Nevada mountains. After stopping for the night, they stumble onto something much darker. They must battle to escape the evil they unleashed to not only save their own lives but their souls as well…

“Altar is a movie in the line of The Blair Witch and Willow Creek. Round, deep characters are the focus as they experience a terrifying event that impacts their relationships and threatens their existence.

I wanted to create a world of freedom where method actors could thrive. The actors remained in character during filming, calling each other by their character names. They drove up from Los Angeles together and built their back stories on the five hour drive. The actors were all cast for their master improvisation skills and I allowed them create while filming.”

“The Altar is definitely NOT your standard found footage film. There are some pretty good scares, sprinkled through the 2nd half of the film, and a nice little twist. The film’s ending is left open, and we are left remembering a certain line that was uttered in the prelude. Could a sequel be in order. I certainly hope so!” The Slaughtered Bird

“I was quite distracted by the first full-on appearance of the titular altar. It honestly looked like it could have been purchased a day before it was to appear on camera – at one of those Halloweentown-type costume/prop stores […] With mostly strong performances and lots of promise, Altar can’t hold onto the good things it first throws at the audience…” Horrorfreak News

“Altar is a found footage horror film with great acting and cinematography, a high production value, deep character development, and a great climactic ending. This is a found footage film well worth watching.” Found Footage Critic

“The performances are strong, and outside those few scratch-your-head moments, the story works pretty damn well. I can’t tell you that the production is a flawless piece, but I can assure you that the different personalities feel far more interesting than the bulk of ensembles that (dis)grace so many other found footage pieces…” Addicted to Horror Movies

“There’s a few great jump scares and some fantastic tension, but in terms of violence, due to the ambiguous nature of the threat it’s all a bit PG 13. Also, the production values in one pivotal scene kind of give away the budget, with a plastic-looking set that really draws attention to itself when it should be creating fear. But all this can be forgiven. Altar is a slow build chiller that gets away with it…” UK Horror Scene

” …does not rely too much on the format’s overuse of shaky camerawork to create suspense (and even when it does, it often hides spooky elements in peripheral vision), instead uses more classic (but also more effective) methods to do so. Plus a likeable cast playing relateable characters really helps to care for the on-screen goings-on while nicely placed shocks and gore keep one at the edge of one’s seat.” Search My Trash

“The movie is full of “yeah, like that would happen” moments, and it’s boring with the same ole melancholy that all found footage films have become. There are some decent “got ya” scenes with the cameraman not knowing who (or what) is behind them but you have seen this all before. The ending has a slight twist which I didn’t see coming which is a positive for Altar.” Horror on the Go

“When the true evil of the story comes round, the first appearance is fuzzy, out of focus. You can pick out a shape, enough to feel frightened. Later, the evil becomes more defined, as it takes the characters on a hell of a ride. 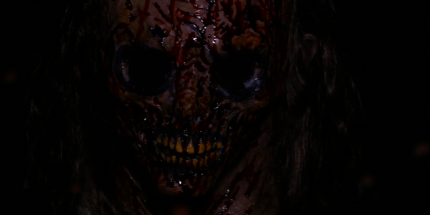 I personally feel Altar‘s more worth your time than many efforts out there. Better than most of the sequels to Paranormal Activity. There’s a solid ending, too.” Father Son Holy Gore

“Credit where its due, the ending is pretty cool. Here the found-footage style aptly captures the panic and disorientation felt by the group as their trip which had gone from bad to worse begin to succumb to their fates. There is some decent gore, and here the jump scares hit their mark.” Beyond the Gore

MOVIES and MANIA provides an independent aggregated range of previews, opinions and reviews from a wide variety of credited sources, plus our own reviews, in one handy web location. We rely solely on the very minor income generated by affiliate links and internet ads to stay online and expand. Please support us by not blocking ads on our site. Thank you.

Terror-Creatures from the Grave (1965) reviews and overview

Alien vs. Zombies (2017) reviews and overview

Army of Frankensteins (2013) reviews and overview

The Basement (2017) reviews and overview

The Haunting of Borley Rectory – UK, 2018 – overview and reviews

The Curse of Sleeping Beauty (2016) reviews and overview

The Addams Family (2019) reviews and overview

The First Purge (2018) reviews and overview

The Cured (2017) reviews and overview

The Endless (2017) reviews and overview

The Night Clerk (2020) reviews and overview

The Darkness (2014) reviews and overview

The Guest (2014) reviews and overview

The Devil’s Advocate (1997) reviews and overview

Warning: Do Not Play (2019) reviews and overview

I Know What You Did Last Summer (1997) reviews and overview

Other websites to visit