Cathryn (York), a writer of children’s stories, is quietly losing her mind. With her husband Hugh (Auberjonois), whom she suspects of philandering, she drives for the weekend to Green Cove, a secluded country retreat, hoping to forestall an incipient breakdown.

However, instead of relaxing she begins to ‘bump into’ old acquaintances who may or may not be real – René (Bozzuffi), a previous lover believed dead in a plane crash, and Marcel (Millais), a predatory buddy of Hugh’s whom Cathryn finds simultaneously attractive and repulsive.

Sinking deeper and deeper into psychosis, Cathryn decides to eradicate the illusory interlopers once and for all; but who is real and who is make-believe?

Despite a sprinkling of awards at the time of its release, Images is sometimes misfiled in the latter category, when it is, in fact, a haunting, consummately disturbing film that deserves to be ranked alongside the contemporary masterworks of Nicolas Roeg and Ingmar Bergman.

As the story begins, Cathryn is home alone while her husband Hugh works late. The telephone rings and a female caller indolently taunts Cathryn about Hugh’s whereabouts. The scene appears set for a conventional saga of marital infidelity. However, we soon become aware that the voice on the line is Cathryn herself.

Here is a woman lost in a tangle of introversion and self-obsession, a perceptual hall of mirrors. She’s in flight from the world, and it’s impossible to say which is the more damaging, the reality she’s fleeing or the isolation to which she turns. By choosing solitude she merely hastens her mental collapse, filling the emptiness with phantom visitors. Her only outlet involves the writing of a labyrinthine children’s story, “In Search of Unicorns”, which she reads in voice-over. In it, a heroic narrator strives for self-knowledge that is forever deferred by mystical agencies, whimsical symbolism, and – truth be told – by Cathryn’s fear of the ‘self’ in question. Turning to her world of elfin magic is an escape route from failed love and unwanted sexual attention, but the painful reality of life invades her reveries, leading to confusion between imagined and real events, and on into murder.

Hugh, Cathryn’s husband, is a wonderfully nuanced creation, at times either solicitous or massively unhelpful when dealing with his wife’s problems. Trying to play along with Cathryn’s harmless fantasies, he misjudges the extent to which she can process his sense of humour, which tends to the facile and the surreal in equal measure (“What’s the difference between a rabbit? Neither; one is both of the same!”).

His witticisms are well-meant, but his bizarre non-sequiturs and absurdities simply make matters worse. Just as much as Cathryn, he’s in a world of his own; one of the melancholy perceptions of the film is that relationships founder when the participants cease to find one another amusing.

Exploring the upper floor at Green Cove after Cathryn insists she can hear an intruder, Hugh finds nothing, but instead of merely announcing this he jangles his wife’s nerves by leaning a mounted deer’s head around the corner at her. The effect is funny but unnerving as we find ourselves looking at the world from Cathryn’s paranoid point of view.

“In Search of Unicorns” was in fact written by Susannah York as a genuine book for children, just one of many parallels between the characters and the cast. Real names and character names get swapped around: René Auberjonois plays Hugh, Marcel Bozzuffi plays René, and Hugh Millais plays Marcel. Susannah, the spooky little girl who befriends Susannah York’s Cathryn, is played by the weirdly blasé Cathryn Harrison: “When you were my age, did you look like me?”, she asks, “Because I think when I grow up, I’m going to be exactly like you.” When Cathryn asks Susannah what she’d do without a friend to play with, she replies: “Tell myself stories, play in the woods… I’d make up a friend.” The first words echo an earlier remark from Cathryn about her own childhood, but the final clause is new and shows a vital difference; unlike the older woman, this strange, self-aware child can still grasp the difference between fantasy and reality; but for how long?

Altman’s style of filming conveys a constant perceptual ambiguity. He is, like Stanley Kubrick, a master of the zoom, able to achieve great things with this oft-derided tool. Constant shifts of focal length mean that we’re never sure where our attention will slide next, a supple, fluid way of representing Cathryn’s mental state. Complex framing is also a major contribution to the film’s unsettling mood, while the photographic image shifts from luminous clarity to vague softness, finding abstract mystery in the interstices of the real world.

The camera rarely stops moving, panning and tracking with seductive ease to capture odd details and juxtapositions. Vilmos Zsigmond’s photography turns the beautiful countryside of Ireland into a seething array of shifting texture; clouds send shadows scuttling over green hills, the wind shudders through gorse and bracken, and a shale escarpment towers over a car like a slow-motion landslide in the corner of a paranoiac’s eye.

In keeping with the schizophrenic quality of Cathryn’s perception, certain gestures and movements are invested with tantalising significance, while the constant presence of mirrors and Hugh’s photographic equipment emphasise both Cathryn’s fractured self-image and our own dialectical involvement in the fiction.

Thus, Images is a meditation on the nature of the cinematic process phrased as a study of psychosis (seeing people who aren’t really there, hearing voices), and a metaphysical enquiry into subjectivity. Along the way, Altman draws our attention to the nature of film viewing, a benign psychosis which – though we may blithely talk about a communal experience – is mostly a solitary, introspective affair.

A stand-out sequence depicts Cathryn making love to someone who appears variously to be Hugh, Marcel or René. Brilliant editing and photography blur the boundaries of the human and the inanimate, sending the camera on fantastical wanderings through landscapes of body parts and bedding. People talk about ‘losing themselves in the act of love’, but this sideways lurch into a space between the living and non-living is unlikely to be anyone’s cup of tantric tea (except maybe Jess Franco’s, whose work explored similar terrain at times).

A special mention here too for the film’s extraordinary John Williams score, which blends curdled romanticism with avant-garde percussion and disconcerting oriental twangs from Stomu Yamash’ta, a child prodigy who at the age of fourteen contributed to the score of Kurosawa’s Yojimbo.

Perhaps the pivotal moment in Images occurs quite early on, when Cathryn, out walking with Hugh in the hills above Green Cove, looks down at their house in the distance below. A glint of sunlight on chrome draws her attention to a car pulling up in front of the house. Peering through binoculars, she sees that the car is her own. A woman gets out and turns to look up at the hillside. Somehow it’s Cathryn, and she waves to the figure on the crest of the hill, miles away, silhouetted in microscopic isolation. Smiling, this second Cathryn turns away and walks into the house. We stay with her and never cut back to the first space-time location.

This elegant, disturbing ellipse is the divided core of Images; a perceptual dislocation that mirrors the central character’s fractured identity by means of absence, emptiness, rather than presence. Two moments, separated in space and time, impossibly linked, like the subjective and the objective. In between, an abyss beyond representation.

The film was shot in November 1971 in Ireland, based on a lake-side location of Lough Bray, County Wicklow. For her role as Cathryn, Susannah York was awarded the Best Actress award in Cannes, 1972. In addition, Altman was nominated for the ‘Palme d’Or’. Images was also nominated for an Academy Award for Best Original Score, received a nomination for Best English-language Foreign Film at the Golden Globes, and was nominated for Best Cinematography at the BAFTAs in 1973.

N.B. Cinematographer Vilmos Zsigmond, whose work graces some of cinema’s greatest movies, also worked for schlockmeister Al Adamson on Horror of the Blood Monsters in 1971. Clearly, an aberration in his career.

“The act of seeing something ‘second hand’ is obviously important, as Altman fills his film with cameras, mirrors and other kinds of viewing equipment, presumably to emphasise that nothing we are seeing is necessarily reliable but might be inverted, filtered, or just generally altered from what is actually taking place.” John Llewellyn Probert, House of Mortal Cinema 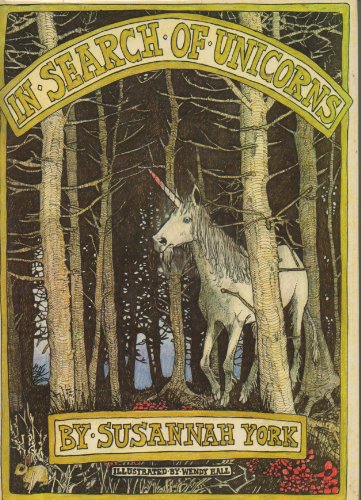 MOVIES and MANIA provides an aggregated range of film reviews from a wide variety of credited sources, plus our own reviews and ratings, in one handy web location. We are a genuinely independent website and rely solely on the minor income generated by internet ads to stay online and expand. Please support us by not blocking ads. If you do block ads please consider making a small donation to our running costs instead. We'd really appreciate it. Thank you. Furthermore, as an Amazon Associate, the owner occasionally earns a small amount from qualifying linked purchases.