‘The sequel you did Nazi coming…’

The film made its world premiere at the Sundance Film Festival in Park City, Utah, in January 2014…

Continuing from where the last film ended, Martin wakes up in a hospital after he crashed his car while trying to escape from Colonel Herzog after finding one of Herzog’s coins and placed under arrest when the police suspected that he killed his friends, laughing off the zombie explanation. The good news is that the arm he sawed off to halt a bite infection has been replaced — though that’s kinda bad news, too, since he discovers it’s Herzog’s undead limb that’s been attached to his missing appendage. He then escapes from the hospital and his zombiefied arm kills a police officer with a Mercedes star. Martin soon realises that Herzog is coming back for revenge…

Buy on Blu-ray or DVD from Amazon.co.uk 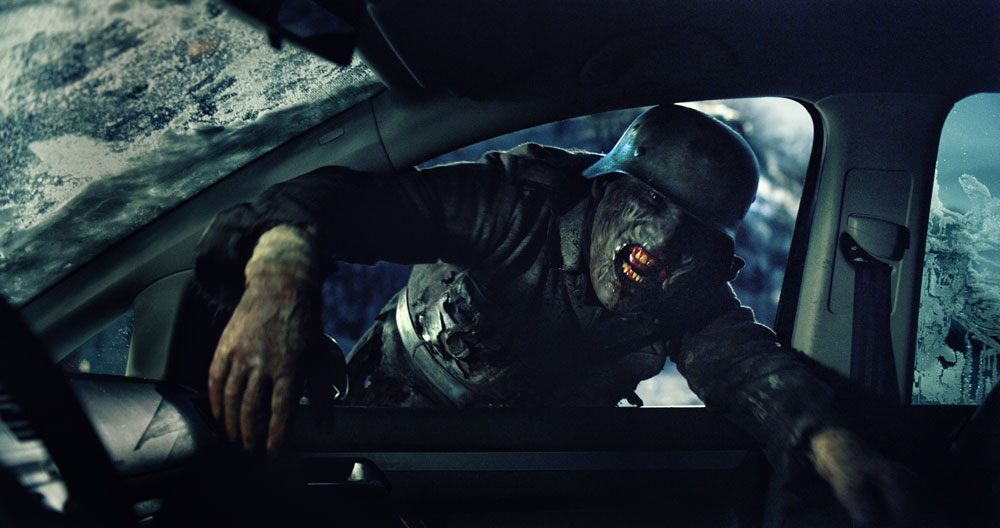